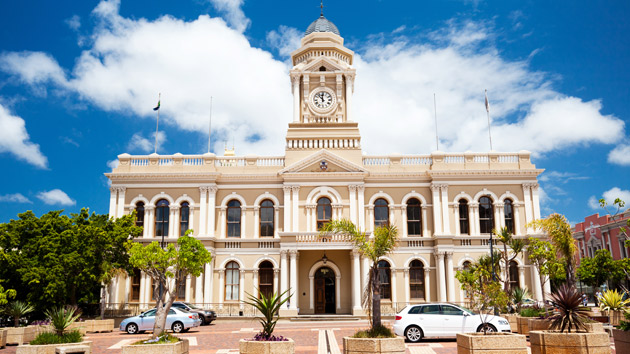 The Nelson Mandela Bay region includes Port Elizabeth, Uitenhage and Despatch and is situated on the South Eastern coastline of South Africa.

Known as the official gateway to the Eastern Cape, this is an affordable, fun, family focused metropolitan city!  Situated 736km east of Cape Town, the region boasts the honour of having the fourth best climate in the world for a coastal city.

Nelson Mandela Bay, also fondly referred to as “the friendly city”, is South Africa’s fifth largest city in terms of population and the second largest in terms of area, covering an area of 1,952km².  It is the economic capital of the Eastern Cape and a popular tourist destination for holiday makers. The most widely spoken languages are Xhosa, English and Afrikaans.

Appointed the 2010 host city for the World Cup, Nelson Mandela Bay boasts architectural buildings of Victorian, art deco and modern times, which reflect our changing history while reshaping its image to fit the mould of a world-class tourist destination.

Accessibility is important and the region can be reached by excellent national roads and the improved Port Elizabeth Airport is now the fourth largest airport in the Airports Company South Africa domestic network.

Situated at the start of the Sunshine Coast tourism route, this metro is surrounded by over a million hectares of malaria-free game reserves for tourists to visit.

Activities in the Nelson Mandela Bay Metro include swimming at some of the best beaches, art galleries, museums and the Boardwalk Casino and Entertainment Complex. There are also yacht clubs, golf clubs, diving and riding schools, restaurants for various tastes, township tours and shopping centres to suit all tastes!